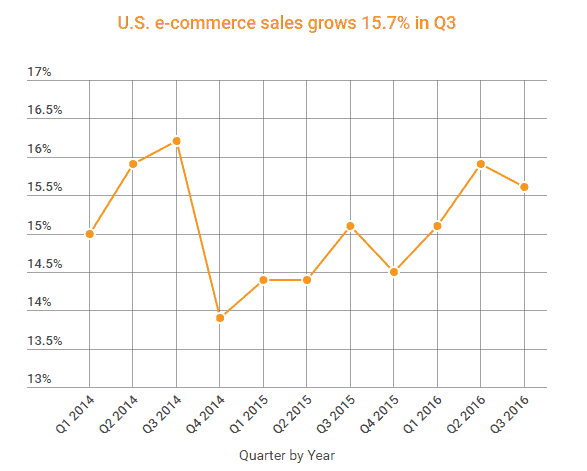 E-commerce has exploded over the last decade, with growth of 15.6% over last year. It’s certainly the more convenient way to shop for many, and it’s becoming easier as mobile optimization improves.

Trends show that clothing, sports gear, tools, and many other items are being purchased online more and more. Is anything safe from the competition of e-commerce? Companies like Jet.com and Amazon are proving that nothing is off-limits when it comes to e-commerce. With pantry staples, household items, and even fresh produce now available for online order and delivery in more than half of the U.S., e-commerce is proving to be the future of all shopping. 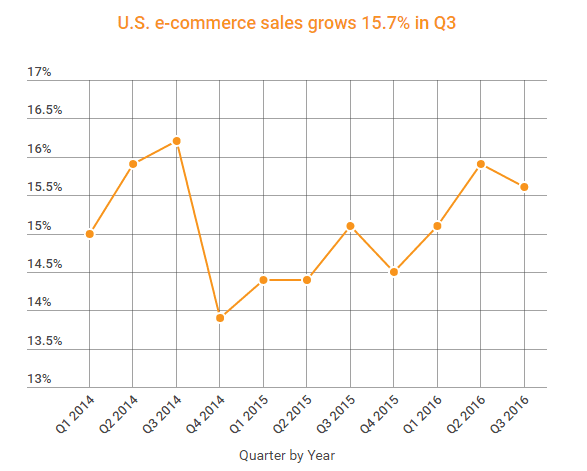 While e-commerce sales will likely dominate the market in coming years, brick and mortar stores will be around for a little while. At least a few of them. However, they are closing at an alarming pace right now. Companies like HHGregg, Gordmans, and Radioshack have all filed bankruptcy in March of 2017 and the majority of their stores will be closing.

Many of these companies are choosing to refocus efforts to online retail, while many, like The Limited and Sports Authority, will disappear into the past of traditional shopping.

So the original question, are brick and mortar stores going away? The answer is probably. In industries like apparel and sports gears, those stores are disappearing more quickly than say, home improvement stores will. Grocery stores have a longer life expectancy than most stores probably will, and the big e-commerce players like Jet.com are even experimenting with physical stores in some locations.

However, Amazon’s recent acquisition of Whole Foods could be a game changer for the grocery industry. While some grocers are offering customers the chance to purchase their foods online and stop by the store to have them loaded by an employee, Walmart is exploring having groceries delivered by its employees after their regular shifts. These recent changes indicate that the grocery industry may have to make major shifts to keep market share.

Even Sears recently announced the closing of 6 dozen stores as their failure to transition to e-commerce quickly catches up to them.

They’ll never completely disappear, but most physical locations are on their way out. All the more reason for business owners, big and small, to focus efforts in online sales. So is anyone safe?